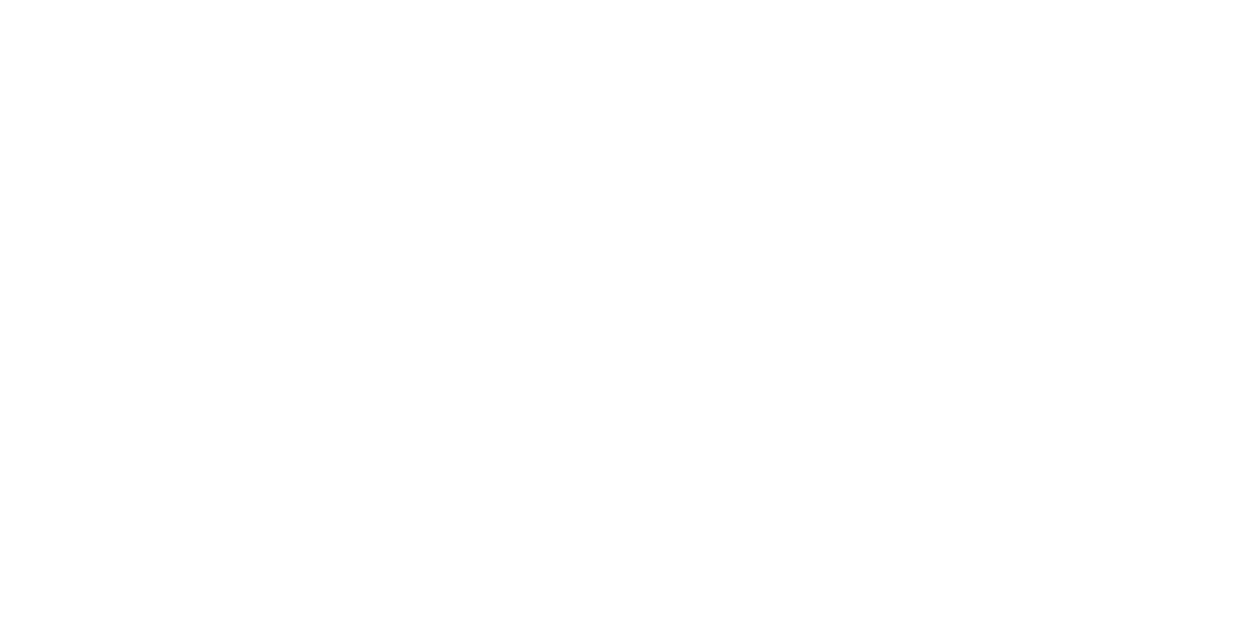 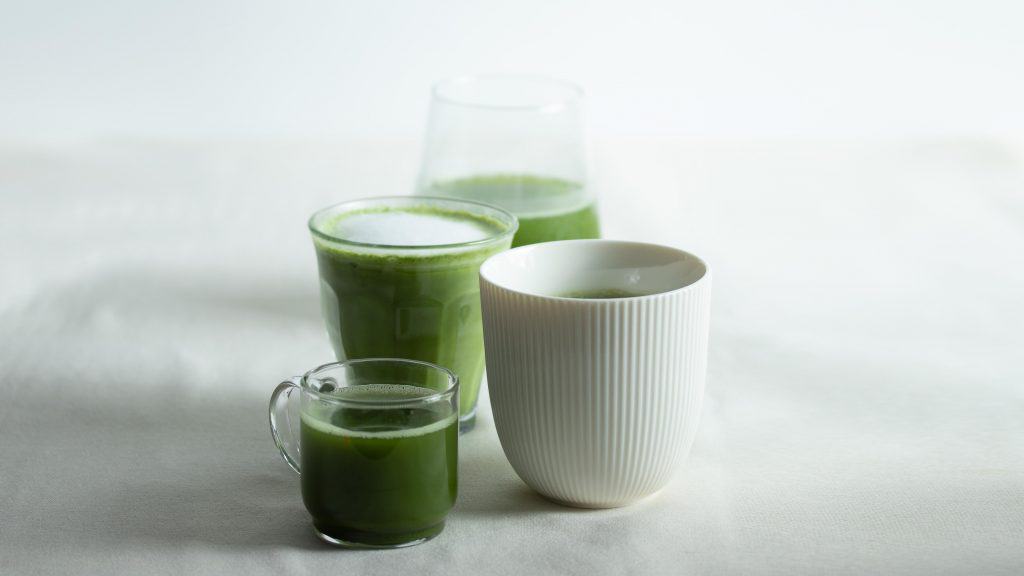 5 common errors people make with matcha and how to solve them (temperature, techniques and more)

As an ingredient, matcha is quite a finicky ingredient. Expose it to light and the atmosphere too long, it will oxidize and lose flavor. Use the wrong water temperature for matcha tea, it may become unpleasant and bitter. Try to stir it using only a spoon? You are likely to end up with a clumpy mess. Here are 5 common matcha preparation mistakes and how to avoid them.

How you make matcha greatly affects its taste. It may sound intimidating, but all these issues are actually quite easy to resolve. In our experience, most problems are caused by one of the 5 issues below. If you’re new to matcha, these few tips will help make your matcha taste better.

Most people are accustomed to use boiling water to make tea. But this is precisely what you should avoid for matcha. Boiling water causes matcha to become bitter. As you may imagine, this makes for a less than pleasant experience most of the time. 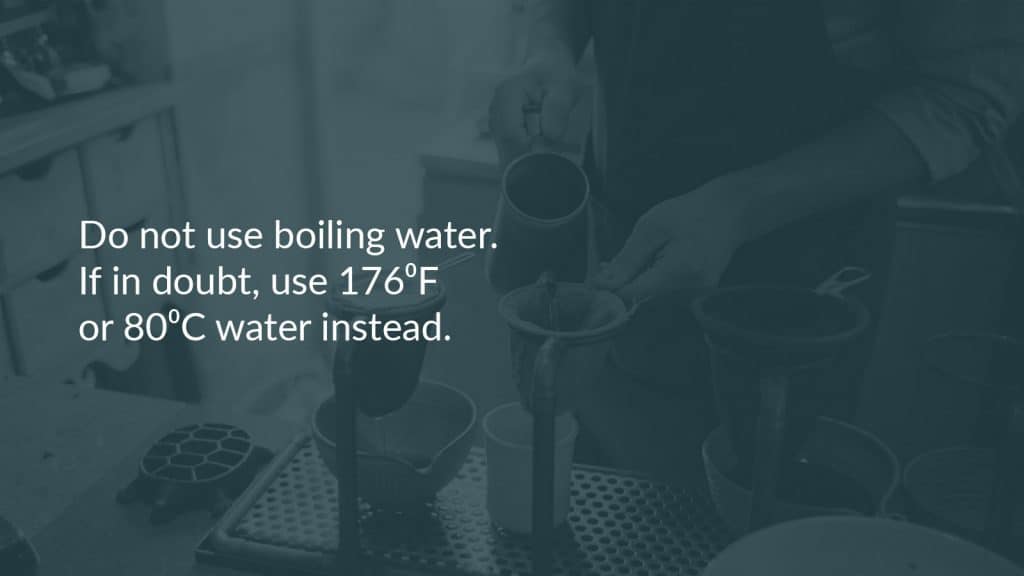 The best water temperature for matcha is usually specific to the blend of matcha, but a good rule of thumb is to use 176F (80C) water. For example, we would say that 140F (60C) water is the best temperature to enjoy our Fragrant Yame Blend, but it also tastes good using 176F (80C) water. Trust us, the extra effort is worth it.

The best way to get water at precise temperatures is to get a variable temperature water kettle. But if you don’t have one, just bring water to a boil and let it cool at room temperature for 5 minutes. In Japan, there are special open top bowls with spouts and handles which function as water coolers. The large exposed top lets boiling water cool quickly so the water in these vessels (known as yuzamashi) can be used for making matcha tea. You can add boiling water to a large bowl to achieve a similar effect. 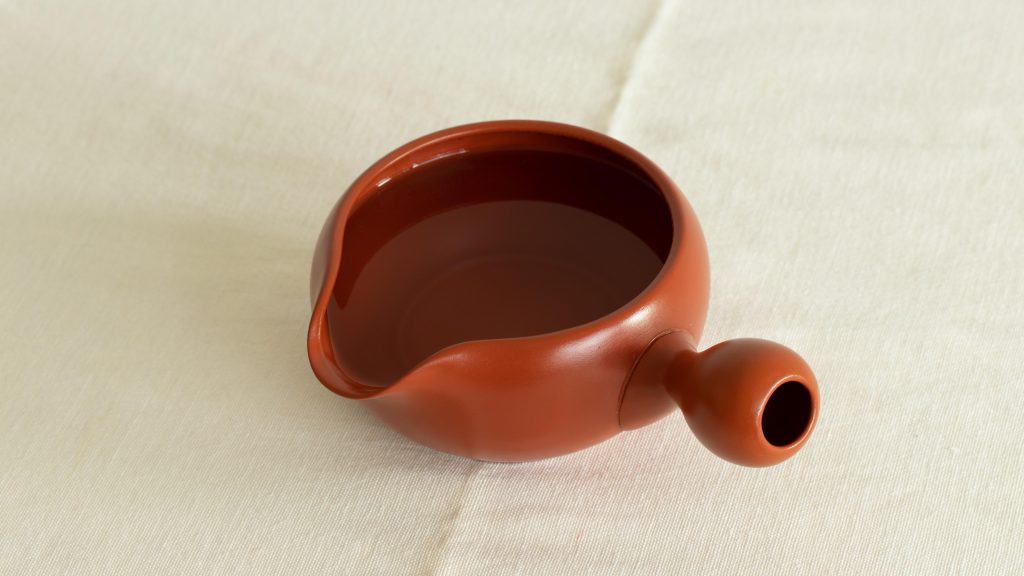 2. Using too much or too little matcha

In Japan, matcha is traditionally measured out using a curved bamboo device (chashuku). 1 chashuku is roughly equivalent to half a teaspoon. A standard serving is 2 chashuku which corresponds to 1 teaspoon. For reasons of simplicity, we find it more convenient to refer to the teaspoon measurement. We use measuring spoons when preparing matcha recipes because we prefer the precision. 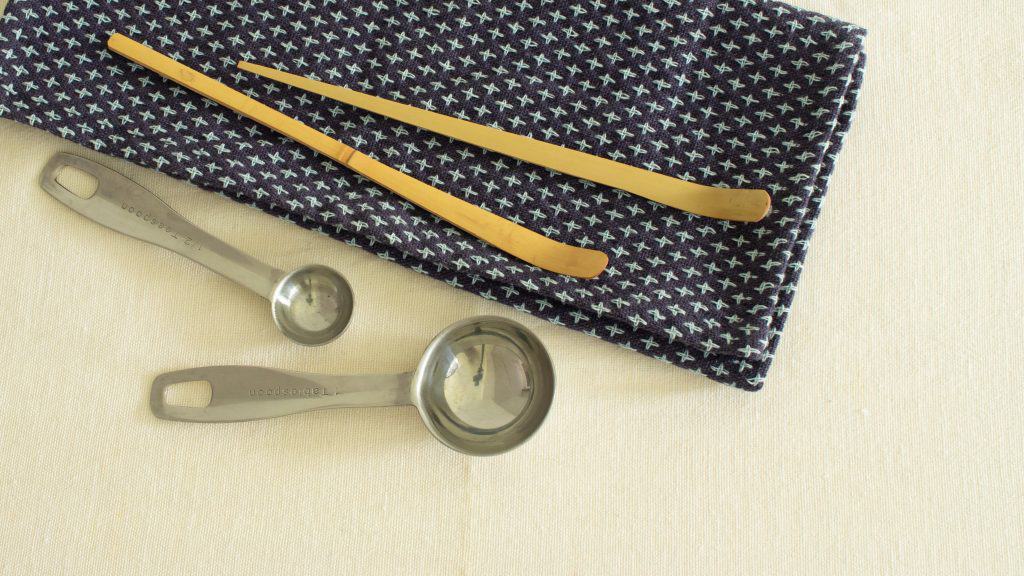 Matcha is made of the whole leaf. Therefore, a little matcha goes a long way. 1 teaspoon or 2 grams of matcha is actually a lot of matcha. If you mix this into less than 6 oz of water, it will taste quite strong. So how much matcha powder to use exactly? If you are a matcha beginner, we recommend you drink matcha in progressive steps as you grow to appreciate the flavors. Stick to the suggested ratios in the recipes and you should not go wrong. 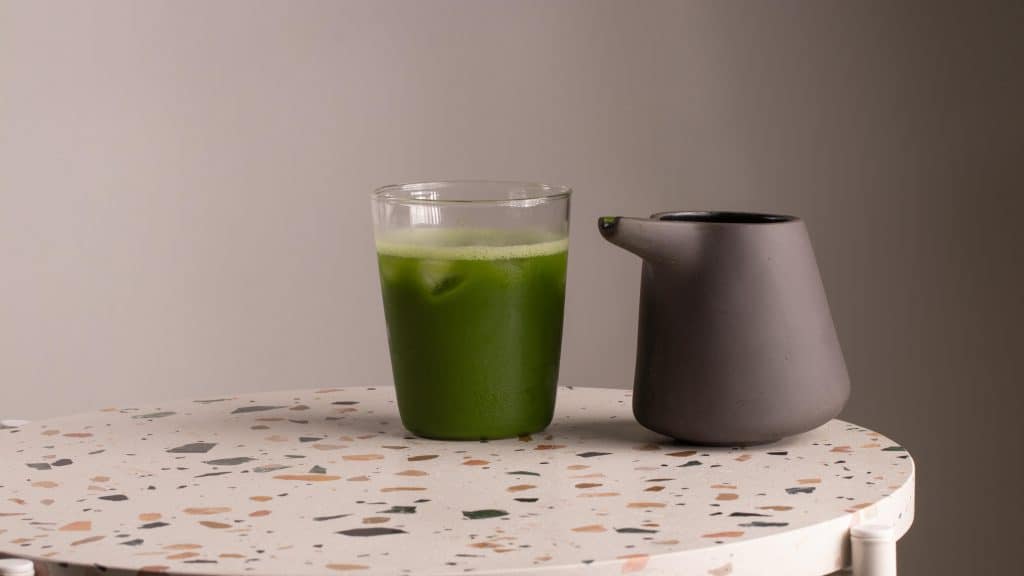 You can always start with thinner and more diluted matcha-based beverages, or even add sugar and milk if you think that helps. Do these things first and gain an understanding of the complex flavors at work. If you enjoy them, explore thicker matcha teas and experiment as you go along.

3. Using the wrong kind of matcha

Most people are familiar with classifying matcha as “ceremonial” or “culinary” grades outside of Japan. The idea is that ceremonial grades are for drinking while culinary grades are for ingredient use. For convenience, we do this as well. However, these terms are actually quite meaningless. Within Japan, grading matcha is much more nuanced, and individual blends are evaluated based on various characteristics like color, flavor, and aroma. This is because using matcha as a flavor or ingredient in Japan is a relatively recent phenomenon compared to its use as a tea beverage at tea ceremonies. 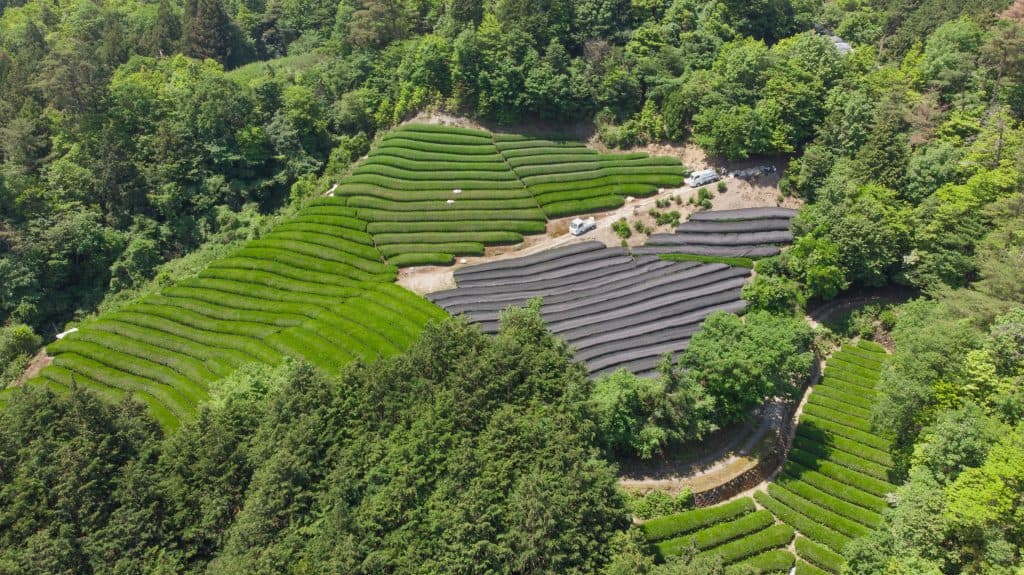 We recommend sticking to matcha made in Japan, but you should also pay attention to things like where in Japan it was produced, when it was harvested and what cultivar it was made from. For our matcha products, we recommend that you use our “culinary” grades when making a matcha based dessert where there are more than 4 ingredients. For everything else, you should use one of our “ceremonial” matcha. If in doubt, simply contact us over email or any of our social media channels. We are more than happy to provide guidance on which blend is most appropriate for your needs.

If you’d like to have a deeper insight into the difference between “ceremonial grade” and “culinary grade” matcha, click here.

It’s much easier to choose the right kind of matcha once you know what you intend to use it for. Matcha is generally expensive due to the extra production costs in matcha’s shading process before harvest. Naturally, these costs are normally reflected in the final retail price. If you like lattes, most reputable companies will sell entry-level ceremonial grades appropriate for lattes at about $18 to $25 an ounce. A good daily matcha will be slightly more expensive at the $20 to $27 dollar range for an ounce. The best matcha will range from $40 to $60 an ounce. 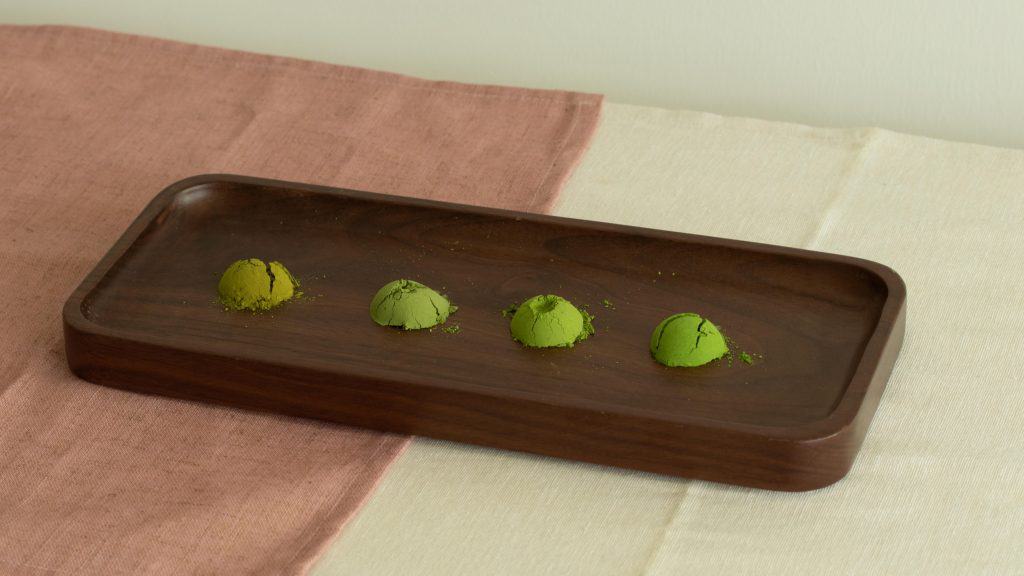 Buy something appropriate to your needs. If you only like matcha lattes, we suggest that you do not pay more than $30 an ounce for matcha.  Please note that these estimates only apply to the United States. Because matcha is usually transported in small batches, transport and storage costs tend to be high and it may be more expensive depending on where you are.

For beginners, it is important to understand what you want to create with matcha before deciding what matcha to buy. If in doubt, start with a versatile blend that gives you more options.

Matcha is a suspension, that means it cannot “dissolve” in water. It can only be mixed evenly. Matcha is traditionally mixed with water using a multi-pronged bamboo whisk. This bamboo whisk for matcha is very proficient at mixing matcha with water, which also helps create good froth for usucha. The matcha tea whisk may look quite unconventional, but its design has been tried and tested over the centuries. We still believe that using a bamboo whisk is the best way to mix water and matcha. 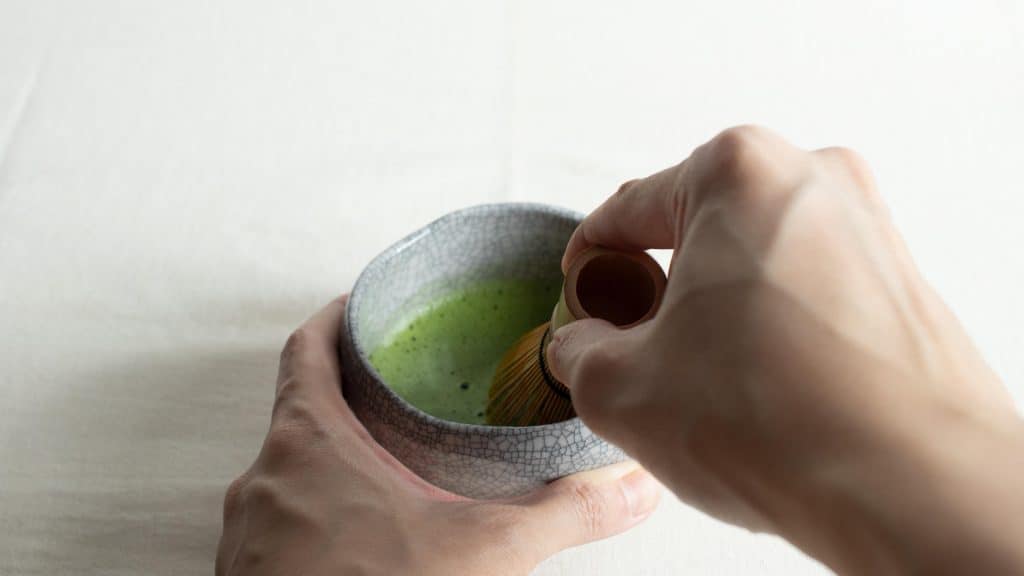 If you do not own a bamboo whisk or find it inconvenient to use, there are still other workarounds to easily mix matcha and water. Our favorite matcha whisk alternative is to add water and matcha to a water bottle. All you need to do to mix them up is to close the bottle and shake it vigorously for a minute.

There are other workarounds such as using battery operated frothers or electric whisks for matcha, but we still view the “shaking” method using a water bottle as the fastest and easiest way to evenly mix matcha.

Matcha is quite fragile and will quickly oxidize if left out in the open. What happen if matcha is left to oxidize? It will lose its color, flavor and aroma. To preserve its delicate flavors, please keep your matcha away from heat, air, moisture and light. 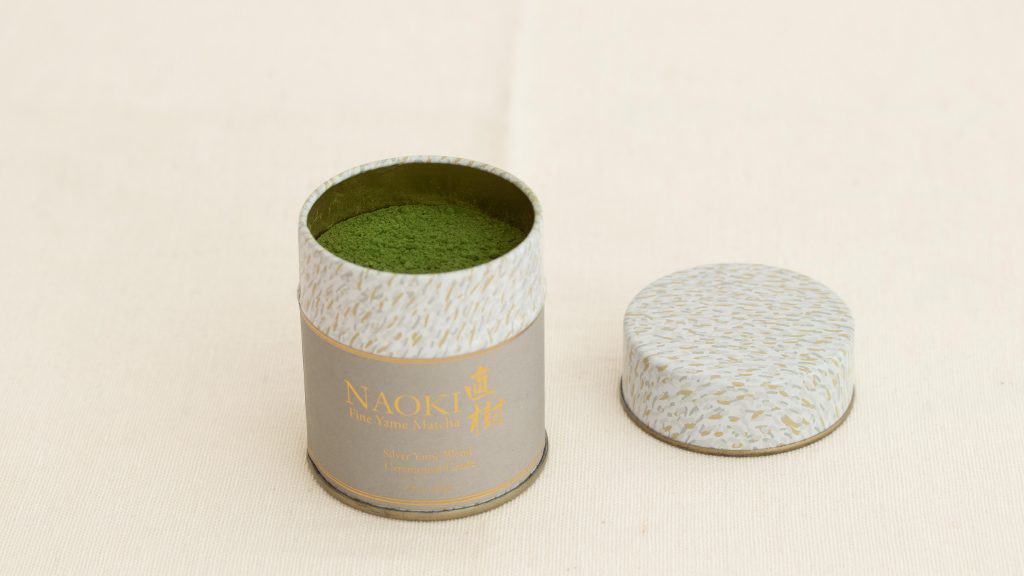 After opening a can of matcha, we usually store matcha in the fridge. This keeps the matcha fresh for up to 6 months. We try to finish matcha within 2 months after opening a can. If you are like us and have many open cans of matcha in your fridge at any one time, one good hack is to write down the date you first opened the bag of matcha.

Understanding and addressing the 5 points above will solve 99% of any issues you encounter in making tasty matcha. But if you need more matcha guidance, please email us! We respond to every email.

4 thoughts on “5 common errors people make with matcha and how to solve them (temperature, techniques and more)”

Reach out to us at [email protected] 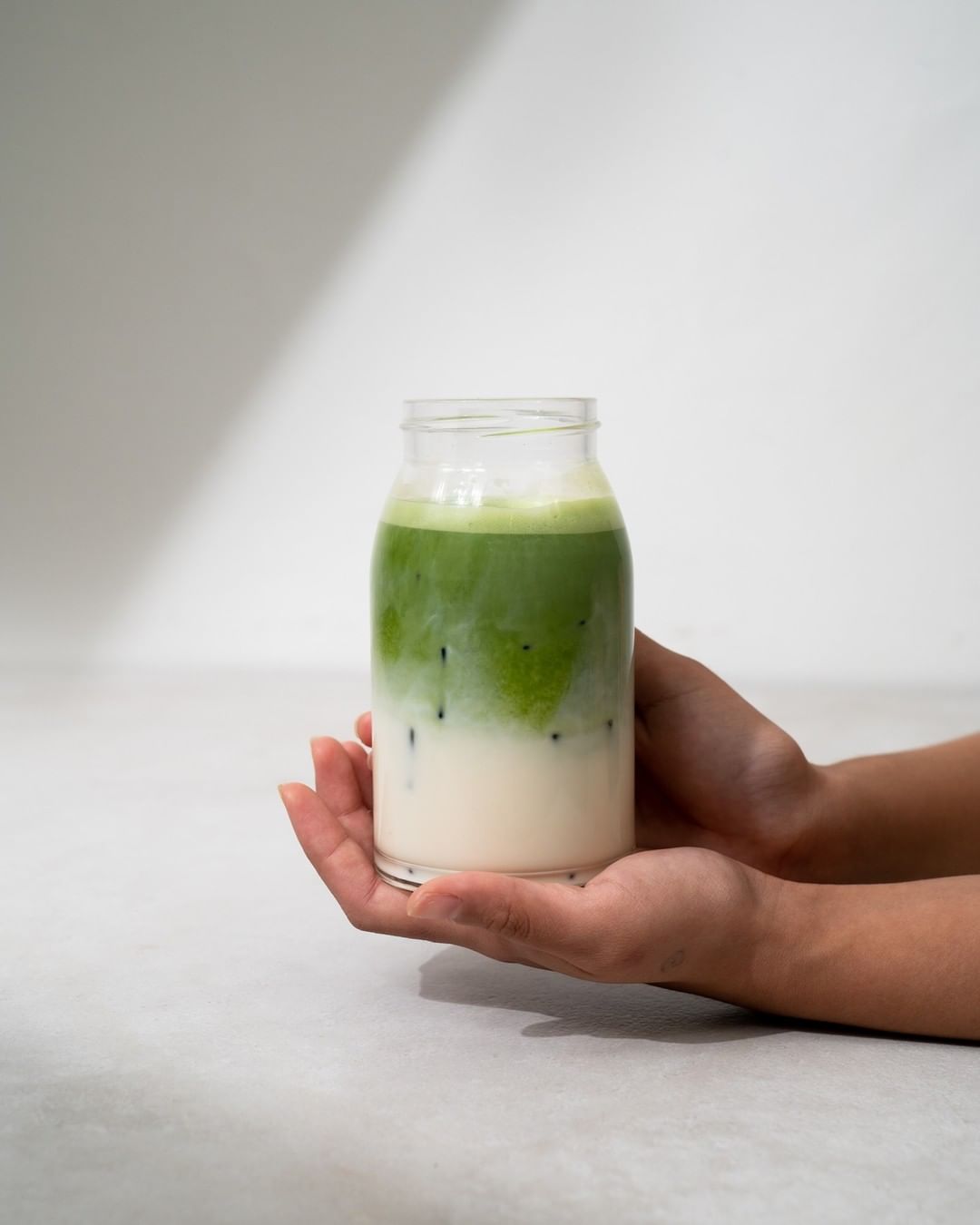 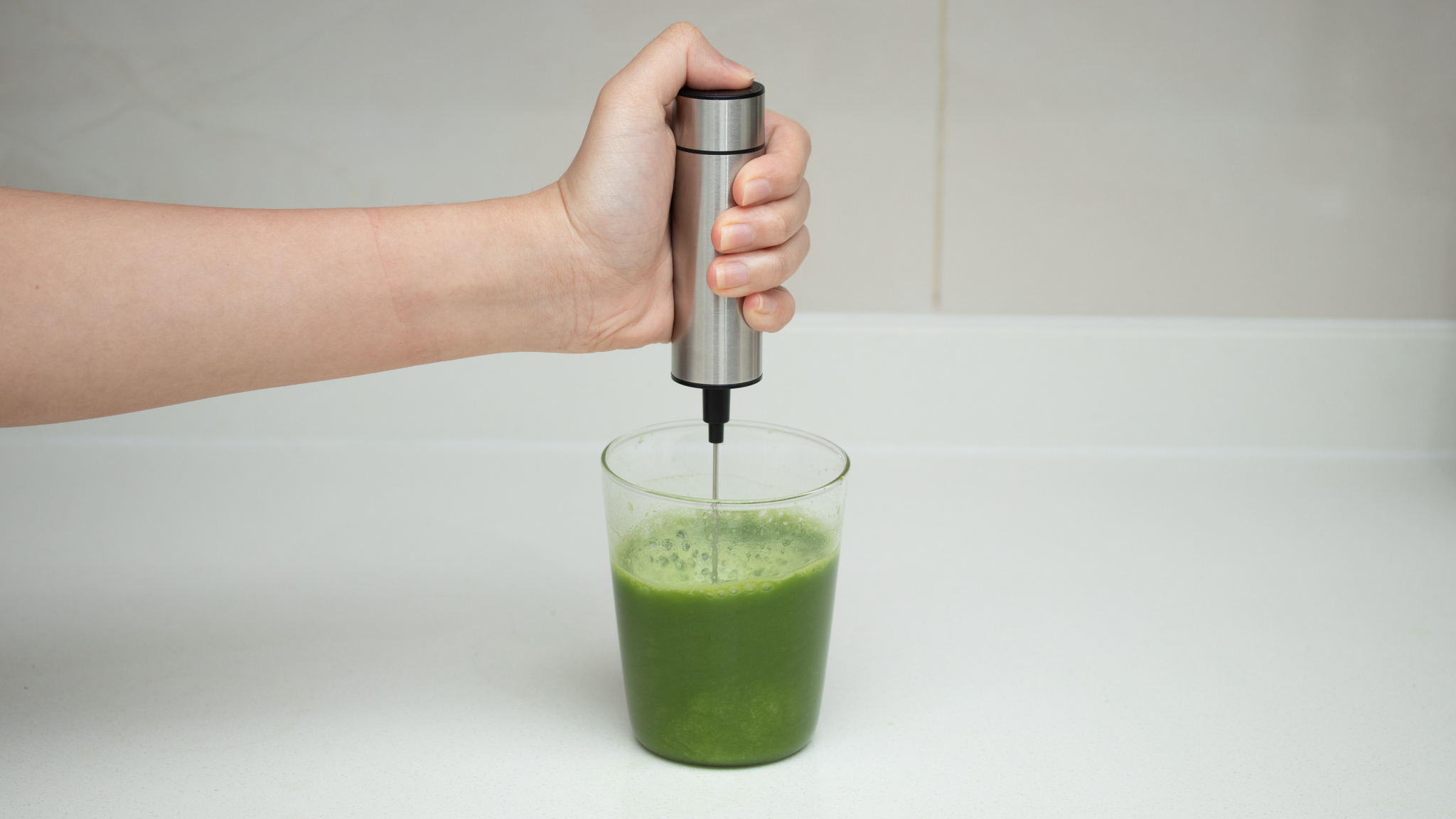 How to make matcha tea without bamboo whisk 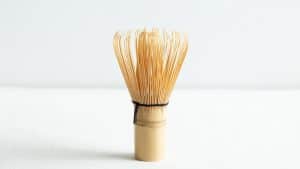 A guide on how to care for bamboo matcha whisk properly 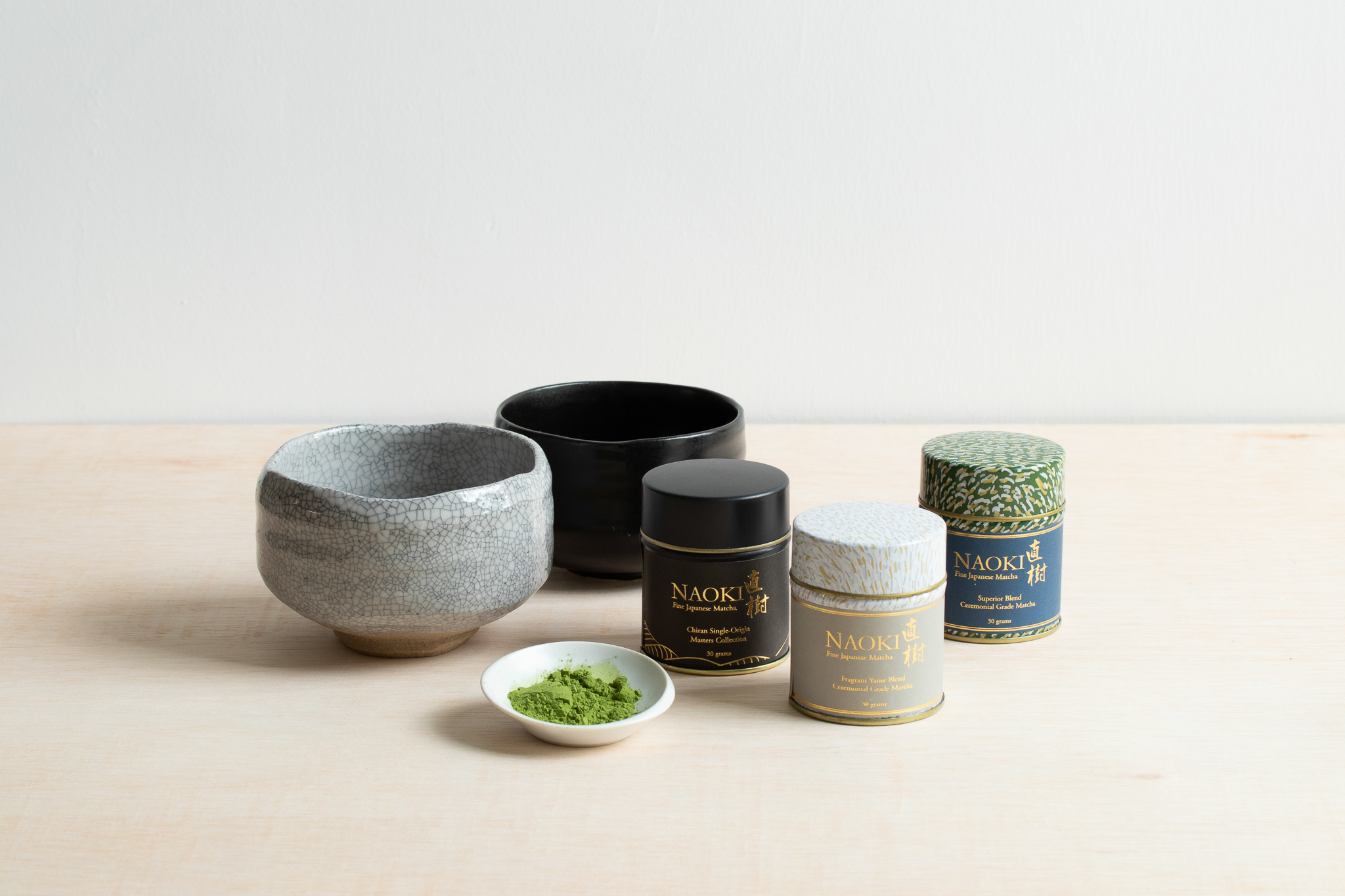 We work with tea estates, factories and blending experts to create matcha blends tailored to your needs.

Reach out to us at [email protected] 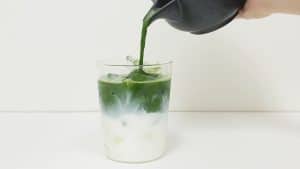 A guide on how to make matcha latte 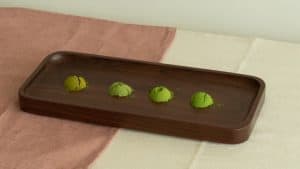 Understanding the real difference between ceremonial and culinary grade matcha

We work with tea estates, factories and blending experts to create matcha blends tailored to your needs. 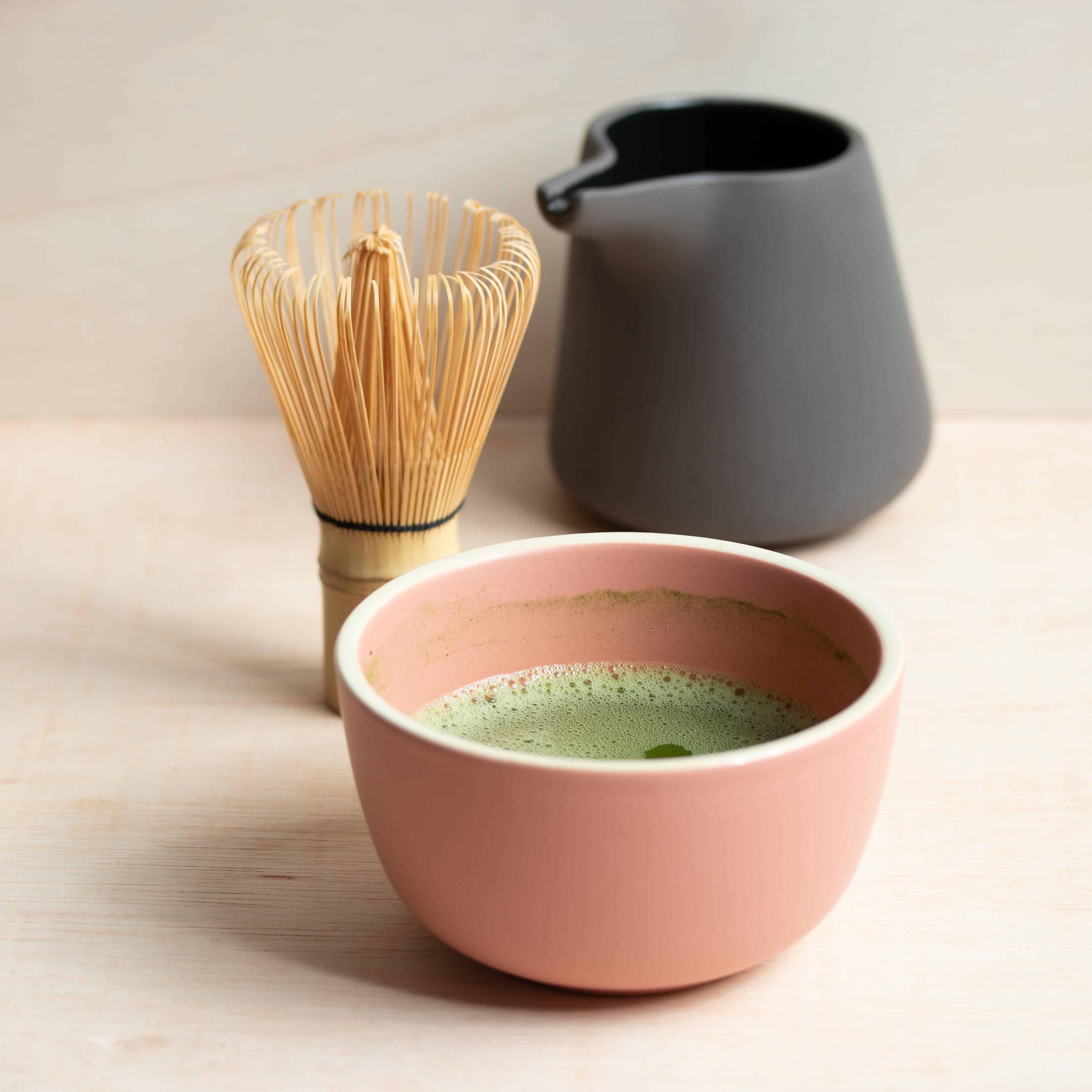 Perfect your next cup of matcha tea at home easily with our Matcha Whisk Tea set! Or pick out any of our matcha blends and get a whisk to go with it. Enjoy 15% off your first purchase when you sign up to our matcha community.
We frequently share pre-launch samples, exclusive offers and other special perks with our community.